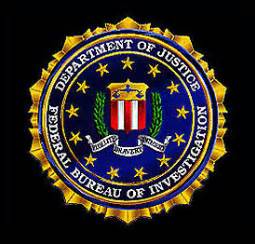 Am I one of the many thought provoking bloggers who may be singled out for my intellectual property and commentary in the eyes of the Fusion Centers or other governmental agencies with missions to subvert any possible distension of the status quo?    When my struggle to find the truth in any topic I wish to research and write about, no matter where that road takes me, places me on a list by a governing body of the so-called elected officials seems to stand in the way of liberty and the foundations of a constitution / bill of rights our nation was once ascribed to following.

If you study the history of our plight as a nation, the struggle for freedom comes to us at great cost.  Our destiny as a nation can only survive if we educate ourselves to the people behind the curtains that direct many of our citizenry into a decent that we may not be able to recover from.

COINTELPRO (an acronym for COunter INTELligence PROgram) was a series of covert, and at times illegal,[1][2] projects conducted by the United States Federal Bureau of Investigation (FBI) aimed at surveilling, infiltrating, discrediting, and disrupting domestic political organizations.[3]

The FBI has used covert operations against domestic political groups since its inception; however, covert operations under the official COINTELPRO label took place between 1956 and 1971.[4]  COINTELPRO tactics are still used to this day, and have been alleged to include discrediting targets through psychological warfare; smearing individuals and groups using forged documents and by planting false reports in the media; harassment; wrongful imprisonment; and illegal violence, including assassination.[5][6][7] The FBI’s stated motivation was “protecting national security, preventing violence, and maintaining the existing social and political order.”[8]

For 15 years (1956-1971) the Federal Bureau of Investigation (FBI) ran a broad and highly coordinated domestic intelligence / counterintelligence program known as COINTELPRO (COunter INTELligence PROgrams). What was originally deemed as a justifiable effort to protect the US during the Cold War from Soviet and Communist threats and infiltration, soon devolved into a program for suppressing domestic dissent and spying on American citizens. Approximately 20,000 people were investigated by the FBI based only on their political views and beliefs. Most were never suspected of having committed any crime.

The reasoning behind the program, as detailed in a 1976 Senate report, was that the FBI had “the duty to do whatever is necessary to combat perceived threats to the existing social and political order.” The fact that the “perceived threats” were usually American citizens engaging in constitutionally protected behaviour was apparently overlooked. The stated goal of COINTELPRO was to “expose, disrupt, misdirect, discredit, or otherwise neutralize” any individual or group deemed to be subversive or a threat to the established power structure.

The FBI’s techniques were often extreme, with the agency being complicit in the murder and assassination of political dissidents, or having people sent away to prison for life. Some of the more “moderate” actions that were used were blackmail, spreading false rumors, intimidation and harassment. It has been argued that the US is unique in that it is the only Western industrialized democracy to have engaged in such a wide spread and well organized domestic surveillance program. It finally came to an end in 1971 when it was threatened with public exposure.

In a stunning revelation from the Partnership for Civil Justice Fund (PCJF), it appears that COINTELPRO is alive and well. Through a Freedom of Information Act (FOIA) request, PCJF was able to obtain documents showing how the FBI was treating the Occupy Wall Street (OWS) movement, from its inception, as a potential criminal and domestic terrorist threat. This despite the FBI’s own acknowledgement that the OWS organizers themselves planned on engaging in peaceful and popular protest and did not “condone the use of violence.”  (see article below by)

The return of cointelpro: the disinformation war on free speech